John Lewis has warned of further store closures after a year of lockdown restrictions led to their first ever annual loss.

The John Lewis group, which also owns Waitrose, said it is not expecting all stores to open when lockdown finally ends with results expected to get worse in the year ahead.

The announcement signals that further jobs could be at risk, after 1,300 were impacted by store closures last summer.

A John Lewis spokesman said the group would always try to redeploy elsewhere in the business, with redundancies a “last resort”.

The group will make their final decision on which stores could close by the end of March but they are already in talks with landlords.

It did not say how many of its 42 John Lewis shops are under threat, but recent reports suggested another eight stores were earmarked to be shut, on top of eight announced in July.

The group confirmed the previously announced move to scrap its staff bonus for the first time since 1953 after tumbling to a £157 million pre-tax loss for the year to January 30 against profits of £146 million the previous year.

It marked the first loss in the group’s history dating back to 1864.

Chairman Sharon White said: “There is no getting away from the fact that some areas can no longer profitably sustain a John Lewis store.

“Regrettably, we do not expect to reopen all our John Lewis shops at the end of lockdown, which will also have implications for our supply chain.

“We are currently in discussions with landlords and final decisions are expected by the end of March.

“We will do everything we can to lessen the impact and will continue to provide community funds to support local areas.”

John Lewis said its results will get worse in the current financial year as it looks to invest £800 million in the business as part of an overhaul to turn around its fortunes, which will only partially be offset by annual cost savings of £300 million.

The group said it wants to restart staff bonuses as soon as profits recover to at least £150 million on a sustainable basis.

“The coming year is a crucial one in our five-year turnaround of the partnership as we set ourselves back on the path of sustainable profit,” it said. 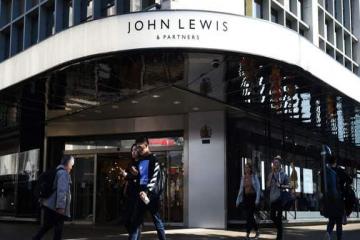 A car that is used to punish drivers for breaking parking rules in Reading has caught drivers out more than 3,000 times in the last year. Reading Chronicle | Town Centre…

The owners of a huge office building in Reading that is set to be converted into apartments has applied to add two floors to create even more flats. Reading Chronicle | Town Centre…

The future of the ground where Reading Central Swimming Pool once stood is uncertain years after the building was demolished. Reading Chronicle | Town Centre…

A series of planning applications for buildings in and near Reading town centre have been decided recently. Reading Chronicle | Town Centre…