As usual, it’s been a busy week in planning for Reading as a number of applications have been submitted and determined.

The biggest of these is a resurfaced plan to demolish a home in Southcote and replace it with a single new building containing 11 flats.

Similar plans for the same house were rejected earlier this year. These developers are not the only ones to have made changes to their plans this week.

The owners of a building in Oxford Road have also made adaptations to their plans. The building in question has a chequered history, having served as a brothel and numerous takeaways before this week’s plan to turn the ground floor into flats.

Elsewhere, the owners of a guest house in East Reading want to convert it into a House of Multiple Occupation (HMO).

Planning applications have also been determined this week – with a church in Reading town centre successfully applying to make changes to its grand new church centre.

You can view full plans for each of the applications by typing the planning reference in brackets into Reading Borough Council’s planning portal here: http://planning.reading.gov.uk/fastweb_PL/welcome.asp

From there, you can also see a list of the applications validated and decided on each week.

Here, the developers Colony Developments want to knock down 18 Parkside Road in Southcote, West Reading and replace it with a new building that will contain 11 flats.

Planning officers refused a 12 flat plan for the site in April as they considered it to be an overdevelopment, with neighbours describing it as a ‘total eyesore’.

The proposal would provide 14 parking spaces, with each flat being allocated one space, with one visitor parking space and two designated disabled spaces.

You can view designs for the plan in the gallery above.

Conversion of former sex club and restaurant into flats (211378)

263 Oxford Road, Reading. The building has quite a history. Credit: Google Maps

The owners of a building that used to serve as a sex club and then a restaurant have now applied to convert the building into flats.

Harvinder Singh Luthra, the owner, has applied to convert the ground floor of 263 Oxford Road, Reading into two studio flats.

The ground floor can be legally used as a café, with HMO flats upstairs.

263 Oxford Road has a chequered history. Most recently, it was the home of the Zafran Indian restaurant, but that has closed. It also used to be the home of a pizza takeaway and Chicken Base before it moved to pastures new in Wokingham Road.

But 263 Oxford Road’s most notorious use was as a brothel called the 263 Club until it was exposed and its owners jailed circa 2006.

The owner had obtained planning permission to convert the building into a hotel with four serviced apartments in December 2020, but their plans have changed since then.

Conversion of guest house in East Reading into HMO (211375) 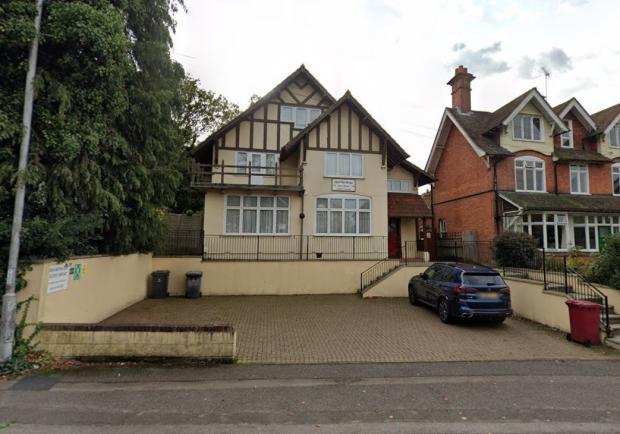 Here, the owners want to convert Brackenhurst Guest House in Wokingham Road into a HMO.

The guest house currently has eight rooms. Now the developers Turner Property Limited want to make nine flats out of it, and build a single storey rear extension to the current building.

The rear extension contained in the plans would create a new mixed kitchen dining room, with a communal lounge located in the main building.

READ MORE: Residents who caused damage in local hotels among latest in the dock

There would be three bedrooms on the ground floor, with any new occupants having to share a toilet and a shower room with a toilet.

Upstairs, on the first floor, there would be four bedrooms, with new occupants sharing a shower, a bathroom and a separate toilet.

On the second floor, there would be two occupants who would share a shower and toilet.

You can view floorplans for the proposal in the gallery above.

Greyfriars Church has successfully applied to make changes to its new church centre.

The church got approval to demolish the current church centre and replace it with an impressive new one in March last year.

However, adaptations to the approved plans have been made, involving changing part of the new building from glazed screening and panels to brick.

The adaptations to the new Greyfriars Centre were approved subject to conditions controlling the construction of the centre. You can see what the centre looked like when it was approved in the gallery above. 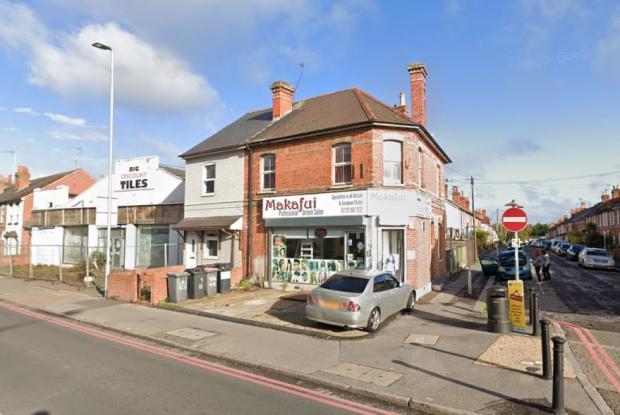 The owner of a property in Oxford Road has successfully received a certificate that the use of the property is lawful.

The applicant, Antonio Mariano, submitted a certificate of lawful use to Reading Borough Council.

These certificates can be applied for by landlords to confirm the status of the property in question, in this case, 466 Oxford Road.

The property is currently being legally used as a hairdressers and three flats. The occupant of the ground floor flat also has use of a small garden that can be seen from Chester Street, with the shop currently being occupied by the Makafui unisex hair salon.

As usual, it’s been a busy week in planning for Reading as a number of applications have been submitted and determined. Reading Chronicle | Town Centre…

A woman from Reading with an addiction to alcohol took her own life by overdosing on medication in her bathroom, a coroner has ruled. Reading Chronicle | Town Centre…

Plans have been submitted to replace dangerous cladding at two hotels in the town centre. Reading Chronicle | Town Centre…

TRAFFIC is backing up after a crash on Rose Kiln Lane, Reading. Reading Chronicle | Town Centre…