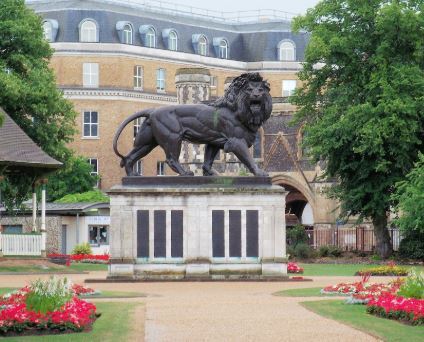 AMBITIOUS plans to make Reading a city have moved a step closer as representatives of people in the town have voted to forge ahead with the bid.

Since the start of the year, people and councillors in Reading have been preparing a bid to become a city as part of Queen Elizabeth II’s Platinum Jubilee celebrations in 2022.

Yesterday (Tuesday, October 19), councillors made the crucial step to plough ahead with the bid, which is based on 11 reasons why Reading should become a city.

Reading Borough Council leader Jason Brock (Labour, Southcote) said that Reading deserves it because it is “a great place to live, work, and play”.

He added Reading is a place which “celebrates its history but is not encumbered by it” and has a “bright vision for the future”.

Cllr John Ennis (Labour, Southcote) said that, even if the town fails to become a city this time, “we’ll keep on trying, and we’ll be a city to proud of”.

He went on to slam pessimism of some people who like to knock the town, adding: “We need to build it up and make it better. We underestimate ourselves too much.”

The bid also received support from the Conservatives and the Green Party.

Cllr Rob White, leader of the Green group (Park) said:  “Reading is great. Win or lose, we will remain a great place to live.”

But Liberal Democrat councillors questioned the need for the city bid.

Cllr Meri O’Connell (Liberal Democrat, Tilehurst) stated that she was ‘confused’ by the bid.  She said: “I don’t understand why we need city status.”

Cllr O’Connell added that when she raises the prospect of city status to residents, they are not opposed to it, but many of them question ‘why’ the bid is being undertaken, adding: “Reading town is blooming brilliant.”

READ MORE: All of the times Reading has been called a city

In reply, Cllr Brock said the cost of the bid has been met entirely within the council’s current spending.

Councillors were asked to endorse Reading’s bid for city status by the Wednesday, December 8, deadline, and delegate responsibility for the final text of the bid to the council’s executive director for economic growth and neighbourhood services, with consultation from Reading Civic Board.

All Labour, Conservative, and Green Party councillors present voted for the bid to go ahead.

Only  Liberal Democrat councillors Ricky Duveen and Meri O’Connell abstained during the vote.

You can view tweets from the meeting as it unfolded here:

I’m at a full meeting of Reading Borough Council where councillors will be discussing Reading’s bid for city status #rdguk . The council has put forward 11 reasons why it believes it should become a city, seen in the article here https://t.co/qyFgkZtAq3

Reading and other town bids for city status have not been impacted by the announcement that Southend-on-Sea in Essex will become a city on Monday, October 18.

The town will be granted city status following the fatal stabbing of Sir David Amess, the Conservative MP for Southend West, on Friday, October 15.

A Government press release states that a number of towns become cities each time ‘competitions’ are held – so the early announcement of Southend’s city status has not impacted the other city bids.

Reading has submitted bids to become a city on three other occasions, during the Millennium in 2000, the Gold Jubilee in 2002, and the Diamond Jubilee in 2012.

Cllr Tony Page, the council’s deputy leader (Labour, Abbey), who witnessed the other bids, said this time “the enthusiasm is wider, deeper, and more rooted than we’ve seen in the past.”