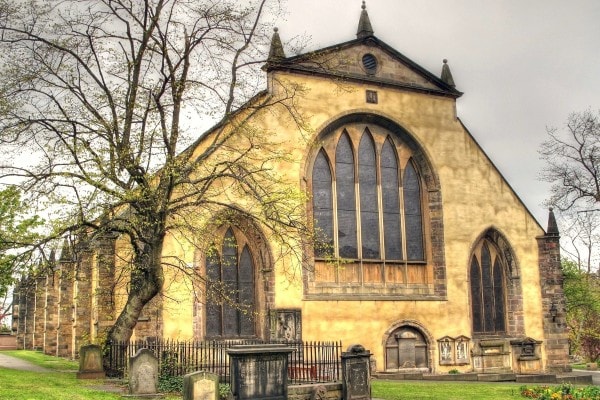 The first Friary Church of St. Francis, commonly known as the Greyfriars' Church, in Bracknell was built alongside the Caversham Road, down by the River Thames in 1233. Reading Abbey had been worried that they would become a rival religious order in the town, but the friars' Royal patronage had obliged them to provide a piece of land nonetheless. It, however, proved to be a very poor plot indeed. With constant flooding, the friars found it difficult to undertake even the most basic of daily tasks. Luckily, the Archbishop of Canterbury was himself a Franciscan and took up their cause with the abbey. So, in 1285, they were granted and moved to a new site on New Street, later to be called Friar Street in their honour.

The buildings in Friar Street seem to have been completed shortly after 1311. As well as the church and cloister, the complex (recorded in 1538) included "three pretty lodgings, one kept by the warden, another by Mr. Ogle the King's servant, and the third by an old lady called my Lady Saynt Jane. There is a goodly walk in their back side, with trees, pond, and an orchard, in all twenty acres."

Today, the nave and aisles of the church survive, including a number of early 14th century decorative floor tiles and the beautiful five-light west window (although the glass "decked with greyfriars" is long gone). The south transept was built on old foundations, but these were probably those of the cloister. Still, what remains is the 'best preserved English Franciscan church" in the country. The complex was dissolved by Dr. John London on 13th September 1538 when he found there "little plate and jewels," only a "great trough of lead at their well, and another in the kitchen, and the bell turret is covered in lead. Church ornaments slender". What little there was of any worth was later stolen when the poor of the town broke in and ransacked the place.

The church building survived because London recommended its reuse as the Tudor Town Hall. For many years afterwards, it was also the town prison. It was restored as a Church of England church by WH Woodman in 1862-3 and now contains the tomb of the great Reading entrepreneur and founder of Sutton Seeds, Martin Hope Sutton (1901).